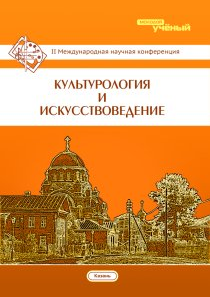 In this scientific article have been reserched the basic features of cultural basis of research of craftsmanship traditions of Ganja.

Carpet-making treatment: The craftsmanship of carpet-making is one of the important cultural achievements of the Eastern people in Azerbaijan production of carpets appeared in the I millennium BC. But carpet-making in the first period of Middle Ages has turned to the in depend sphere of craft. In Ganja, that has minimum 4000 years history, production of carpets differed with quickly development. In this ancient city, that is native land of great Azerbaijani poet and thinker Sheikh Nizami Ganjavi, were weaved very uncial, inimitable kinds of carpet. In Ganja, that has rich traditions, were prepared carpets with various characteristics. For this reason one of Azerbaijani carpet groups are Ganja carpets or (Ganja-Gazakh carpets). Pay attention that in Ganja namely local kinds of carpets-palaz (carpets without of pile) are weaved. These carpets that are producing by local inhabitants are differing with specific handicraft features:

The size of Ganja’s carpets begins from 3 square meters to 10 square meters. There are 2 important carpets groups exist:

Majority of local wool products, richness of natural colors and existence professional carpet-making women made for quick development carpet making craftsmanship in Ganja and in its surround territories.

Just only in 1845 year there were produced 2969 carpets in Ganja. Among them products of 1784 manats have been exported. Also, from Ganja province there were exported 23 thousand pood in 1886, 30 thousand 275 pood in 1889, 33 thousand 156 pood in 1893, and 37 thousand 228 pood in 1913 carpets by railway. One part of these qualitative Ganja carpets has been transported with Batumi part top Turkey to Istanbul, and from there to West Europe and North America.

In whole at the beginning of XIX-XX centuries the quality of carpet craftsmen was more than XX thousand. At the result of it during a lot of years were prepared such kind of qualitive carpets as “Kohne Ganja” (“Old Ganja”), “Phahrali”, “Chiraqli”, “Chayli”, “Samukh”, “Zeyva”, “Sarisi”,”Shadilli”. In this period in Ganja were produced as carpet with pile, also carpets without pile.

Nowadays, Ganja’s carpets are kept in authoritative museums of World, and also in collection of different people. The studying of Ganja’s carpets for art characteristics quality form science point of view is very important for investigation heritage of world culture.

Bone processing. In middle ages in spheres of gentle and applied art, Ganja of inhabitants of territory, in agriculture life bone was widely applied. Bone products, raw materials that found during investigations in and around Ganja prove, that time bone processing separated from other spheres of craftsmanship. Osteology analysis prove, that most of samples are prepared from the bone of bull, caw, deer among big horde animals and sheep, goat, boar among little horde animals. Only deeding investigations in Mingachevir there were found a lot of samples of combs, agriculture instruments, art and other bone things. Such kind of bone samples also were found in monument complexes territory of Injachay and Kerpicli in Goranboy region during excavation. Art samples and dice for playing nard, found in territory Shatal, also attracts our attention. These samples of art make more ancient history of city culture of Azerbaijan and in whole play nard.There were found knife handles, rare geometrical decorations, samples of pipe and other instruments here.

During excavations there was found bone products that used as raw materials and cutting with pipe. In XI-XIII centuries this sphere of art was developing mostly. This thought is proved with a lot of bone and horn, found in zone of excavation. This period from bone there were prepared buttons, knifes and etc. Found during archeological excavations and used in wooden treatment and knife, showed that at the beginning of XI –XIII centuries in and around Ganja this sphere of craftsmanship in exist. Bone boards with circular surface molding decoration were found in Mingachaur, in Khojali barrow № 2, Sarichoban, Borsunlu and others. Monument, that including to Borsunlu Complex is finishing with small wheel desk from bone and two omlets, prepared from teeth of boar. In this period also were prepared such kind of agriculture instruments as wood shovel, rake and etc. But they didn’t reach nowadays.

Masonry and stone treatment: Ganja and its surrounded territory are also rich with different stones. Presentation of white and in mountain and Aran Karabakh and also lime, travertip and marble building stones in and around Ganja, pure white, a lot of colored agates, chalsedons, viel, ametist, obsidian, agates, crystal and other kind of rare colored stones in the river basins of Shahdag, Kecheldag, and other territories created favorable ground for developing in this ancient country from ancient times stone cutting, stone grind, stone polishing and for building great modern, columned, arched, circled and four-cornered buildings here.

We meet mostly mill stones, scales and pumice stone in stone treatment. At the same time there were used hewed stones for decorating buildings. In this period there were prepared decorations from precious stone. It is interesting, that from the workshop of these monuments have been found instruments of masters and samples of raw-materials. All these aspects show, those inhabitants of Middle Ages in and around Ganja from the ancient period did masonry, gridding and stone treatment. This sphere of art in developed Middle Ages could be in high level. And rare magnificent architectural monuments in and around Ganja, that stay till nowadays, prove it.

Manufactory trade, silkworm breeding, saddle-making: In traditional production of cloth manufactory trade historically played an important place. This kind of craft that developed on the basis of local raw materials was tied with cotton-growing economy. Since the time of the early Middle Ages, Ganja as Tabriz, Ordubad have been the main center of Azerbaijan in production of cotton cloth.

In this ancient city printed cotton and calico fabrics have been widely produced. In traditional cloth productions the main place took the urban mines. In the early 30s of the XIX century in Ganja there were more than 164 people — weaving. The majority of these artists were weaving. In Ganja, which was the most important center of cloth production were produced different kinds of cotton cloth. Only in the 30s of the XIX century in Ganja were presently working 30 cloth bench. During one year this machine were producing 2000 of white cloth, 200 top of red cloth (shile) and nearly 400 benchchalamaya (thin cloth) spoke.

In general, in Ganja from textile there were made cotton cloth with simple painting, various kinds’ decorations. In most cases, in the XIX-XX centuries after coarse calico colored in white colors of, it colored to different colors.

Silkworm breeding: Traditional textile of art of silk weaving products has a special place in Ganja. In the city formed two main method of silk treatment:

From the point of view silkworm breeding development and it’s preparing technology there were two main forms of production: so-called raw silk weaving and felt weaving. In these important technological processes it has such kind of production stages as cocoon opening, silk initial processing, preparing of raw silk, weaving technology, painting and decoration.

In ancient Ganja during the stage of the Middle Ages the great progress of silkworm was represented by raw silk weaving. For this reason, on the basis of local traditions production of delicate silk textiles from raw silk. There were made such kind of important samples of art as atlas and kelaqai (silk kerchief). We must pay attention to the moment that differs from the other silk fabrics, kelaqai was prepared by specialists.

Saddle-making: In Ganja, that know as the ancient cultural center, the saddle-making handicraft differed from others with rich old traditions. First time preparation of the vehicles was house profession. But afterwards saddle preparation needed of qualified skilled masters, so a new type of art saddle-making, started to form.

About cultural basis of investigation of typical features of some...

About research of historic-cultural heritage of Ganja | «Молодой

Also in XI century, during the Arab Caliphate flowering, the great thinker Gatran Tabrizi’s population in Ganja shows, that Ganja has become a major center of culture and

About cultural basis of investigation of typical features of some...

About research of historic-cultural heritage of Ganja | «Молодой

Also in XI century, during the Arab Caliphate flowering, the great thinker Gatran Tabrizi’s population in Ganja shows, that Ganja has become a major center of culture and