Exploring the essence of the Blue Ocean Strategy 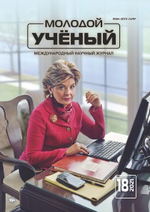 The authors of the article have reviewed and systematized several extant theoretical literature on the Blue Ocean Strategy. The authors have made an attempt to describe the concept and focused on the importance of enterprise strategy successful implementation at enterprises. Moreover, the role of competition in achieving the strategic goals of any organization has been analyzed. The article briefly outlines two types of competitive behavior and describes the principles for implementing the Blue Ocean Strategy.

The relevance of the chosen topic lies in the fact that at the present stage of economic development, the priority is given not only to innovations and innovation processes at enterprises but also to actions of enterprises to combat competitors. This is a rather laborious process, even in a more or less free market, requiring additional time and financial costs. Therefore, enterprises that do not have a well-thought-out strategy of behavior on the market are unlikely to become strong players in a competitive environment, be it locally and or globally.

It is noteworthy to say that the market itself, the competition, and the strategic behavior of companies drive all participants to look for new forms of product promotion on the market and new methods of attracting potential buyers.

In the XXI century, this problem is becoming more and more urgent due to the growth of similar enterprises. To increase productivity, somehow simplify and reduce the cost of the technological process, many companies resort to innovative technologies, which they sometimes create on their own. In addition, the study of the main principles and tenets of the Blue Ocean Strategy enables top managers and owners of enterprises develop and master their entrepreneurial and creative abilities.

The study of the aforementioned authors included exploring the notions of competition and strategy. The meaning of the word «competition» is known to everyone. It is a rivalry, sometimes a struggle, between two or more market participants for the best production conditions or sale of products. In other words, competition as rivalry in any field between individual legal entities or individuals (competitors) interested in achieving the same goal [3]

The first definition to the term «strategy» was presented in the book «Competitive Strategy» by Michael Porter, which was published in 1980. Strategy, in his opinion, is the result of analytical calculations, depending on the position of the planning object in relation to the other participants in the external environment. That is, in practice, the developer of the strategy, using analysis, must choose the best of all possible options for success, so that managers can implement it.

Speaking about the development strategy of an organization, it is necessary to understand that the strategy, on the one hand, is deterministic or well-planned, and on the other hand, it is stochastic, i.e. formed under the influence of random factors. The mobility and instability of the company's external environment affects the predominance of one of these components, which ultimately affects the final strategy of an organization [4].

It follows from the foregoing that a strategy is a combination of quick decisions and planned actions to adapt the company to a changing situation, to new opportunities that allow obtaining competitive advantages and, of course, to new threats of weakening the competitive position of an organization.

The strategy covers various issues of the theory and practice of preparing an organization to conduct its activities, explores the patterns of the internal and external environment (economic, political and organizational components), develops numerous methods and forms of preparation for the implementation of strategic actions.

This way the strategy is a model that integrates the main goals of an organization, its policy and actions into a coherent whole. Strategy is not just an idea of how a company should behave in relation to a competitor. It also touches upon the deeper and more fundamental aspects of an organization's activities. At its potential, a strategy can deal with anything: products and processes, suppliers and customers, controls, the organization's own interests and social obligations, and so on.

A properly designed and formulated strategy helps to organize and allocate limited resources of a company in the most efficient way, taking into account changes in the external and internal environment of an organization.

In other words, the organization's strategy is a comprehensive set of long-term programs of action and political attitudes of an organization, within the framework of which the goal is achieved. It is to some extent a model of enterprise management, and, therefore, influences the formation of a way of thinking.

To sum up everything stated above, the strategy should be viewed from different angles:

— the strategy brings together different parts of an organization into a single whole;

— the strategy is a means of achieving the final result;

— the strategy covers different aspects of an organization;

— the strategy affects the compatibility of all the individual components of an organization;

— the strategy offers answers to the main key questions about the organization: what is the business today? What should this business be like tomorrow? What are the main products, functions and markets? What needs to be done to ensure that the goals are met?

— the strategy is the result of an analysis of the strengths and weaknesses of an organization, identification of its capabilities and obstacles to development;

— the strategy is a planned response of an organization to changes in the external environment [5].

Table 1 presents a comparative analysis of the main points of the strategies of «Blue» and «Red» «Oceans».

A comparative analysis of the Blue Ocean and Red Ocean strategies

As it can be seen, these strategies are fundamentally different from each other. Companies that are stuck in the Red Ocean tend to follow the traditional approach, seeking to be in the best position to defeat competitors within the industry's order. The creators of «Blue Oceans» are not equal to their competitors. Instead, they subordinate their actions to a different strategic logic called value innovation. Value innovation is a new way of thinking and executing strategy that creates a Blue Ocean and moves away from competition. Value innovation implies that the same emphasis is placed on both value and innovation.

The main peculiarity of the Blue Ocean Strategy is in the fact that this approach is grounded on «value innovation» (a combination of novelty, practicality and low costs). Value innovation is not a competitive advantage, but something that makes competition meaningless as the company moves to a fundamentally new level. Companies that discovered new market spaces used the logic of «value innovation», as a result, they were able to develop without the fear of competition, to form and get a new flow of demand.

Thus, the development and implementation of the Blue Ocean Strategy is based on the following principles:

The first principle of the Blue Ocean Strategy is to reconstruct the boundaries of the market in order to break out the world of competition and create a Blue Ocean.

This principle is fundamental for reducing risks. Here, an alternative approach to the existing strategic planning process is being developed, based not on the preparation of documents, but on the creation of a strategic canvas. This approach invariably results in strategies that unleash the creativity of employees, helping the company see Blue Oceans.

It is a key ingredient required to achieve value innovation. The company must challenge two traditional strategic practices. The first is focusing on existing customers. The second is the pursuit of greater segmentation in order to accommodate differences among buyers.