Prevalence and main causes of periodontal diseases in children 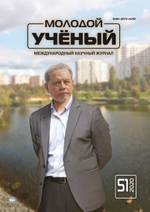 Relevance Periodontal disease is one of the leading problems among the current problems of dentistry. According to the WHO, pronounced destructive changes in the periodontium with involvement of bone tissue in the process are most often detected in persons from 35 to 44 years old — from 65 % to 98 %, and at the age from 13 to 19 years old — from 55 % to 95 % [1, 5]... Inflammatory gum disease is widespread among people of various age groups, including more than half of children. Such diseases very often cause other dental diseases and the loss of the teeth themselves [3,5]. Therefore, it is simply necessary to identify and treat all diseases of the oral cavity, which quite often can go unnoticed [3,5].

As for other tissues that make up the gums, they remain unharmed during this disease. The ligamentous apparatus and bone tissue are not prone to changes. Basically, there is periodontal inflammation in the area of several teeth. The area of inflammation can vary depending on the age of the patient, the consistency and quality of oral care, etc [3,4]. The localization of this disease is basically the same — all areas that are poorly amenable to hygiene measures.

Purpose of the work : To study the prevalence data and identify the main causes of periodontal disease in children.

According to WHO (2019), about 80 % of the child population and 95 % of the adult population of the planet have certain signs of disease of the tissues surrounding and holding the tooth in the alveolus. The research results of the WHO scientific association showed that a high level of periodontal disease progresses at the age of 20–44 years (65–95 %) and 15–19 years (55–89 %). The prevalence of periodontal disease in Russia, depending on age, ranges from 48.2 % — 12 years, up to 86.2 % — 44 years, by the age of 60–65 it reaches 100 %. In the course of studying the collected data and conducting analyzes, it was possible to find information that only 12 % of people have a healthy periodontium, 53 % have initial inflammation changes, 23 % of people have initial destructive changes, and 12 % suffer from moderate and severe lesions [1, 2, 3, 5]. There are many different methods. treatment of periodontal disease, therefore, it is relevant to optimize the treatment method depending on the clinical situation, because a favorable outcome of treatment depends on the correct diagnosis and, accordingly, the preparation of a treatment protocol [4]. A recent literature review reported that inflammatory periodontal disease is widespread in children and adolescents from Latin America. On average, gingivitis affects 34.7 % of young people from Latin America, with the highest prevalence found in Colombia (77 %) and Bolivia (73 %) and the lowest in Mexico (23 %). In other countries, the prevalence of gingivitis ranges from 31 to 56 %. Thus, due to the high prevalence of gingivitis, it is necessary to identify and treat young people, especially given its importance as an indicator of the risk of periodontitis as these people become adults.

Dental plaque is the cause of the development of periodontal diseases.

Periodontal disease develops as a result of the formation of bacterial plaque that accumulates at the gingival margin.

Endotoxins and waste products produced by bacteria cause inflammation of the adjacent gums — gingivitis.

If plaque is not removed, the inflammatory process can eventually lead to the development of chronic periodontitis, which is accompanied by progressive destruction of bone tissue.

Results. The level of hygienic education of children of primary school age (6–9 years old) is significantly lower than that of children of middle (9–12 years old) and older (12–16 years old) age, as evidenced by the indicators of the hygiene index (HI): 3.2, 2.4 and 1.6, respectively. Recording the IG data separately for each tooth, the following fact was noted: the IG indicators on the teeth on the right side are slightly higher than on the left side. This fact can be explained as follows: the bulk of people are right-handed and therefore when brushing their teeth the left side cleans better than the right side. Mean papillary-marginal-alveolar index (PMA) were: at the age of 6–9 years — 11 %, 9–12 years — 17 %, 12–16 years — 24 %. 40 % of the surveyed noted the recurrent bleeding gums. High prevalence rates of dentoalveolar anomalies were revealed: occlusion anomalies — 58 %, dentition disorders — 25.3 %, anomalies of individual teeth — 8.4 %. Influence of unfavorable general and local factors led to a high prevalence of caries in the surveyed schoolchildren (92 %) and periodontal pathology (19 % younger school group, 46.1 % of the middle school group and 68 % of older students). It was found that with general somatic diseases, the intensity of periodontal diseases is more pronounced in comparison with healthy and practically healthy children [4]. The main revealed pathology of periodontal tissues is catarrhal gingivitis [5].

However, about the combination of common and local risk factors for development, the severity of the inflammatory process increases markedly and severe forms of the disease [4,5].