Personality of manager and his spiritual features 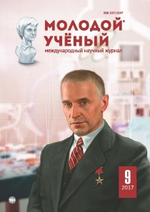 In this article is paid more attention to the governing cadres` ruling skills and their spiritual features, as well as their professionalism and worldview.

Manager has dictionary meanings such as director, headperson and leader and describes a person who has a decisive role in governmental, social organizations. Manager is a management staff member that knows the essence of the project and works for the benefit of his team and their field.

The following characteristics of the manager are significant:

The abovementioned characteristics shows only several aspects of management activity. On the other side of the flip coin are the highly humane qualities of a person who acts as a manager. Manager must be a man of integrity, conscientious, righteous, steadfast and kind. There is no way to achieve leadership with wrong deeds and intentions. Life sets examples that a manager with improper characteristics cannot carry out activity in management field. [2, p.112]

Manager deeply explores people through his own capability and talent. As a result, he creates his own management method by combining the gained knowledge and experience and general rules of management. He is very free to form his management style as long as it leads to positive results. The effectiveness of management activity is also directly dependents on person’s intellect. Good intellect allows manager to think wide and deep and properly distinguish good from bad, profit from loss, and important from unimportant. In case manager meets all of these conditions, he will easily acquire management secrets and gain respect in his team. [4, p. 13–15]

So, every manager, apart from being able to think deep and wide, needs to be agile and flexible, active and courageous. That’s why, it would be right to say that management is a unity of thought and action.

Manager’s peculiar perfectionism, kindness and responsibility causes formation of feeling of responsibility in members of a team too. Experienced manager should put all his efforts on learning subjects such as social psychology, leadership psychology and management psychology in order to effectively create human resource system.

Morality of a leader directly depends on the following factors:

Firstly, majority of the citizens evaluate the government, the staff who serve in its organizations and morality of management staff. This is considered not only evaluation but also indicator of citizens’ trust in government;

Secondly, individuals who hold positions in government have unique ethical norms and while using their authoritiy, they solve issues in difficult situations based on those norms;

Lastly, nowadays it is becoming more vital to reckon public opinion as an influential factor that forms the morality of management staff in government organizations. [5, p. 87]

There have been many monographs, treatises and researche works regarding the moral-ethical basis of democratic reforms in Uzbekistan, especially management staff of government. However, matter of common interests of individual and society requires special demands for the morality of management staff in government.

Experts distinguish the levels related to psychological peculiarity of people’s gaining of moral experiences. Nevertheless, individual’s moral-ethical development is not limited only to his state in pre-school and school years. It has been explored that people the development continues even during professional studies after becoming a professional in a field. For example, in 1923, S. I. Hessen stated that ethical education consists of three stages. [7, p. 26] If two of these are related to pre-school and school times, the third one is self-development stage.

According to the research conclusions of many local and foreign scientists, focusing on the following factors is essential in order to become a manger in its purest sense:

Concisely, management of a team is a great art. Manager is a teacher, master, role model for a nation and socially responsible person. Through his hard efforts, future generations develop gradually. That is why, attention paid to the managers is an attention paid to the destiny of the Motherland.