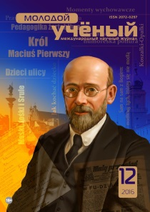 Now a day one of the key problem of the economy is the unemployment problem, efficient and rational use of labor force. Solution of this problem supply socio-economic development, economic growth as well as an increase population income.

The President of the Republic of Uzbekistan Islam Karimov paying special attention to this issue, emphasized that: «I remind you that to make appropriate changes is very important issue in making admittance plan for professional colleges and lyceums for future 3–4 years, taking into account what kind new plant and firms will be constructed in the region, what specialist will be needed by them» [1].

With regards to all the given above appropriate reforms have been held by the government. Particularly, in Khorezm region also have been held several issue in supplying employment of labor force and rational usage of them:

In the state adopted several decrees in supplying employment of labor force, improving infrastructure in labor market as well as further improvement of responsibilities of departments solving issues of employment. Adopted decree of President of Republic of Uzbekistan PQ-1251 on 30th December in 2009 «About issues improving structure of Ministry of Labor and Social Protection». In accordance with the decree, the region's labor and social protection agencies today outlined new tasks in the context of the liberalization of the economy.

Additionally, there were structural changes of the system, too. In particular, set issues about changing the district (city), labor, employment and social protection departments to employment and social protection of population centers and made stationary branches in front of large-scale local authorities. These centers differ significantly from the previous sections, so their scale of services for unemployed expanded and imposed new tasks entrusted to them.

As a result, increased the role social protection of population centers in decreasing unemployment and efficient use of labor forces. We will try to show the results of these issues with statistic data from Khorezm branch of employment and social security of population department during 2010–2015.

We would like to show the efficiency of activities of district (city) centers of Employment and Social Protection, by the how many percent of unemployed asked for working places employed.

If we focus on general trends over the past 5 years in all areas can be seen only exceed of employment.

Since we have noted above, issues implemented by the government in have been playing a important role in providing employment of the population. Decree of President of Republic of Uzbekistan PQ-325 on 17th April in 2006 «About issues strengthening development of service and services sector in the Republic of Uzbekistan» during 2006–2010 and PQ-640 on 21st May 2007 «About additional issues intensifying development service sector till 2010 period» are the other decrees those helped to increase employment.

Provide employment of population, improving employment is the initial problems in social security of the population. Especially,continuing instability in the world economy has increased the importance of this problem.

According to the decree of the President of the Republic of Uzbekistan PQ-1112 on 15th may in 2009 «About issues further promotion and development of entrepreneurial activities» Small business could preserve privileges and preferences even they made contract with outwork player working at home no more than 30 percent of the limited number of employees for small business, so they can stay as a small business representatives.

If we will make a conclusion based on the analysis given above we could say that rational and efficient usage of labor force in the region increased. In other words, employment of the population increased and tried to use labor resources efficiently. At the same time, reforms held by the state serving as a basis for those all achievement.